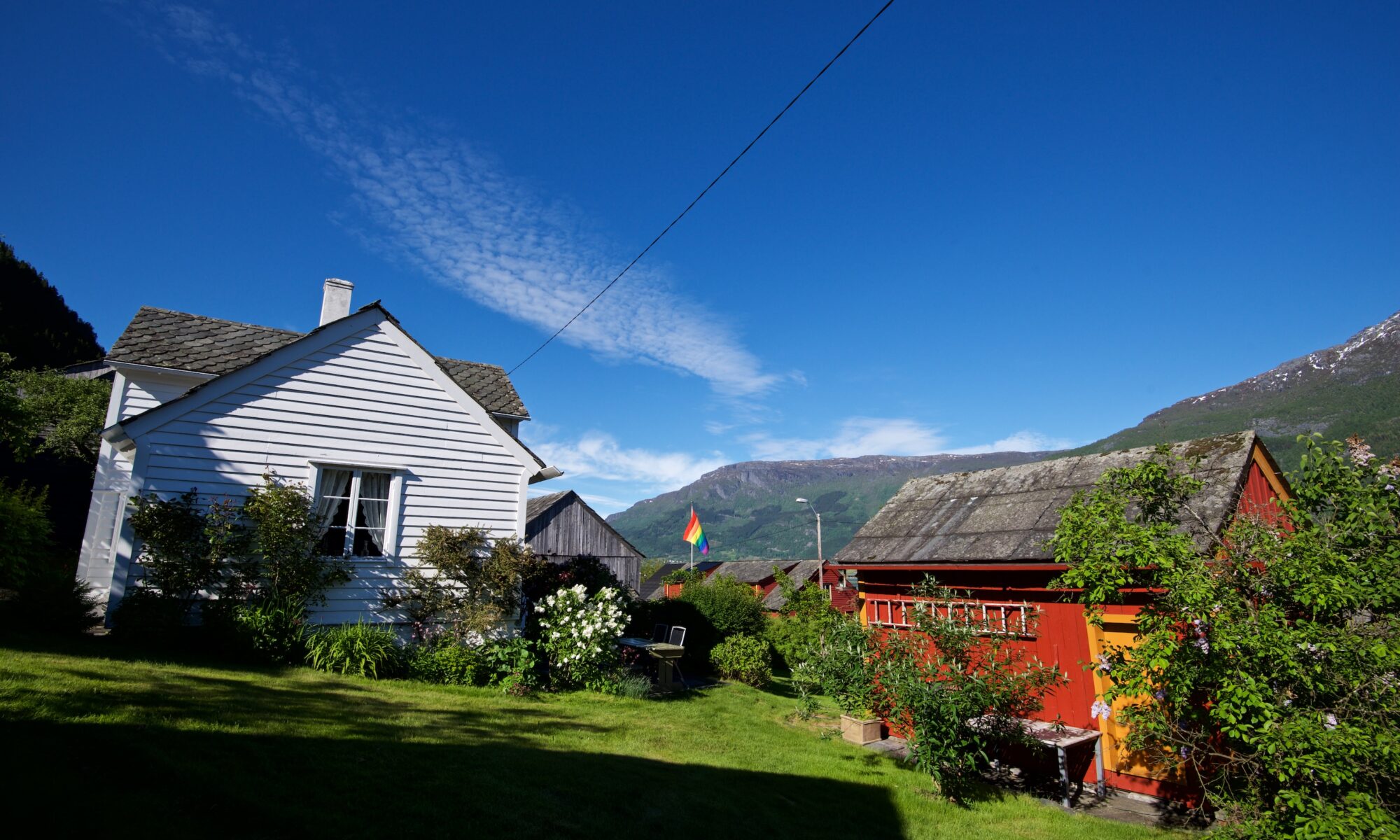 Agatunet is an old farm cluster with 30 protected buildings located in the idyllic village Nå on the west side of Sørfjorden in Hardanger.

Important information about roads in western Norway: Remember that many roads in western Norway are prone to landslides, especially in rainy and snowy weather. This may include rock falls, rockslides, landslides, debris flows, mud flows, erosion, snow avalanches and rock avalanches. Some of the roads are particularly well-known for their high level of mass movements exposed over them. The roads in the Hardangerfjord area are some of these exposed roads, and many of the roads are narrow and winding.

The history of Agatunet goes back several thousand years. The oldest building in the farmyard is Lagmannsstova from 1220, it is a log house on high basement walls. Sigurd Brynjulfsson, who was one of King Eirik Magnusson’s advisers, lived there. This is the oldest medieval building in the country that still stands.

Before the Second World War, there were nine farmers with families living there, and at most about 200 people lived on and around the farmyard.

Today, Agatunet is a living Museum both indoors and outdoors. The farmyard is a protected cultural monument and is situated on the west side of Sørfjorden, between Odda and Utne in Hardanger. The idyllic Agatunet is a museum with exhibitions, experiences, a café and a shop. It is also a place where children in schools and kindergartens can learn about the Middle Age, about the farmyard and how they lived in Norway in the old days and how Agatunet maintains and takes care of their buildings. Agatunet also offer Guided Tours.

Season: You can visit Agatunet all year round. In winter it is open by appointment, in summer there are fixed opening days and hours depending on when in the summer it is. See Agatun’s website for opening hours.

The Hardangerfjord Area – What to See and Do

The Hardangerfjord area,  the orchard of Norway, is known for Summer Skiing at Folgefonna Glacier and a spectacular fruit tree blossoming in spring. Drive in the Hardanger area and see the Vøringsfossen Waterfall and all the other great waterfalls. Hike the famous Trolltunga Hike or the Queens Panoramic Trail in the area between Odda, Lofthus and Kinsarvik. Lake Bondhusvatnet and Bondhusbreen Glacier was one of the first places the English tourists visited when they discovered Norway in the mid 1800´s. Join a Fjord Cruise on the Hardangerfjord which is located in the county of Vestland, near Bergen, in the middle of Western Norway.