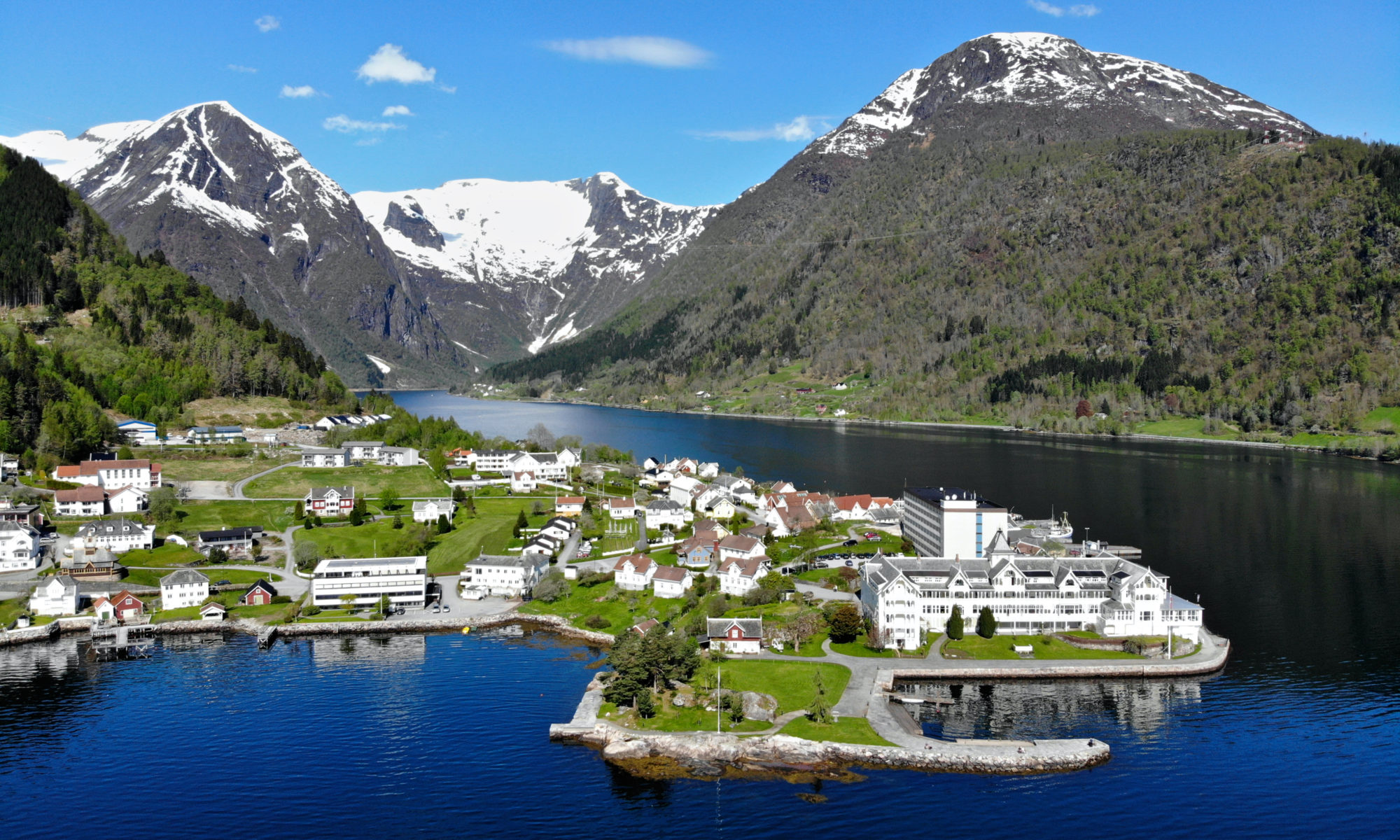 In the middle of the Sognefjord, where the fjord is at its widest and the mountains starts to rise, you’ll find Balestrand, an idyllic village down by the fjord.

The Historical Hotel Kviknes at Balestrand is beautifully located beside the Sognefjord. The Kvikne family have been the hosts here since 1877.

Visit Sognefjord is the official destination company for the Sognefjord area.

Balestrand is one of the first places the foreign tourists visited when they discovered Norway in the mid-19th century. Due to the beautiful nature, the wild mountains and the location down by the fjord, Balestrand became a favorite place to visit among artists and the Norwegian and foreign society from the end of the 19th century until the beginning of World War I.

Germany´s Emperor Wilhelm II visited Balestrand several times, and it was an impressive sight when he entered the Sognefjord with his warships to spend his holidays there. Well-known Norwegian painters such as Hans Dahl, Eilert Adelsteen Normann and Anders Askevold lived for long periods at Balestrand, and many of their most famous paintings have motifs from the Sognefjord and Balestrand area.

The magnificent villas from the 18th and 19th century which were built in Dragon Style and Swiss Chalet Style, among them Villa Strandheim, Villa Lorne and Villa Normann, the St. Olaf´s Church and Hotel Kviknes, are reasons enough to visit Balestrand. St. Olaf’s Church was the inspiration for the chapel where Elsa was crowned in Disney´s film Frozen I.

Balestrand is still one of the most popular tourist destinations in the fjords. The village is situated in the middle of all the things that is worth seeing and doing in the Sognefjord area. Activities like Fjord Angling, Kayaking, Fjord Safari with Rib Boat, hiking and skiing in the mountains, snow shoe hiking and great road trips can be done from Balestrand.

Hotel Kviknes at Balestrand is beautifully located down by the Sognefjord. The Kvikne family have been the hosts here since 1877. This is the hotel where Germany’s Emperor Wilhelm II spent his holiday at the start of the World War I. The chair he sat in when he was informed the war had started is still in the hotel.

Kviknes is now a modern hotel with old-world charm and atmosphere – with 190 guest rooms.  The hotel is graced with an extensive collection of artworks and antiques, which give it its special style.

Ciderhuset at Balestrand is both a restaurant and  an experience. Ciderhuset is located only a short walk from the center of Balestrand. You can have a meal in the restaurant, join tasting of the cider made from local produce from Balholm, shop in the farm shop and learn about cider and fruit all year round.

Every year in May, Balejazz Jazz Festival is arranged in Balestrand. Imagine a fjord flat as a mirror, green valleys, snowy mountains and jazzy tones in a garden down by the Sognefjord.

The road over Gaularfjellet takes the traveller into the waterfalls from the mighty Sognefjord, which is Norway’s longest and deepest fjord. The 130 kilometer long drive is exciting and varied, and is closed during winter. The new viewpoint at Utsikten at the top of Gaularfjellet is one of many great viewpoints along this road. Gaularfjellet Mountain Road runs between Balestrand by the Sognefjord and Moskog and Sande in Sunnfjord and is part of Norway´s National Tourist Routes.

Fjord Angling on the Sognefjord

Balestrand Fjord Angling offers a large range of adventures on the Sognefjord and in the mountains above Balestrand. Join a local fisherman for a day, experience fishing and sightseeing on the fjord, join a guided snow shoe hike with fjord view or rent an E-bike.

Fjordsafari on the Sognefjord to Finnabotn in a RIB Boat

The Norwegian Museum of Travel and Tourism

The Norwegian Museum of Travel and Tourism offers exhibitions with an insight into the Norwegian tourism history in the fjords of Norway. There´s also a café where you can buy coffee, local produce lunch alternatives and sandwiches. The café is also “serving” a great view towards the Sognefjord.

The Fjærlandsfjord between Balestrand and Fjærland is a branch of the Sognefjord. The fjord leads you to the outskirts of the Jostedalsbreen Glacier. At the head of the fjord you find interesting attractions such as the Norwegian Glacier Museum and the picturesque town Fjærland (the Norwegian book town). From the ferry quay in Mundal it is a short drive by car or bus up to the Supphellebreen and Bøyabreen Glaciers.