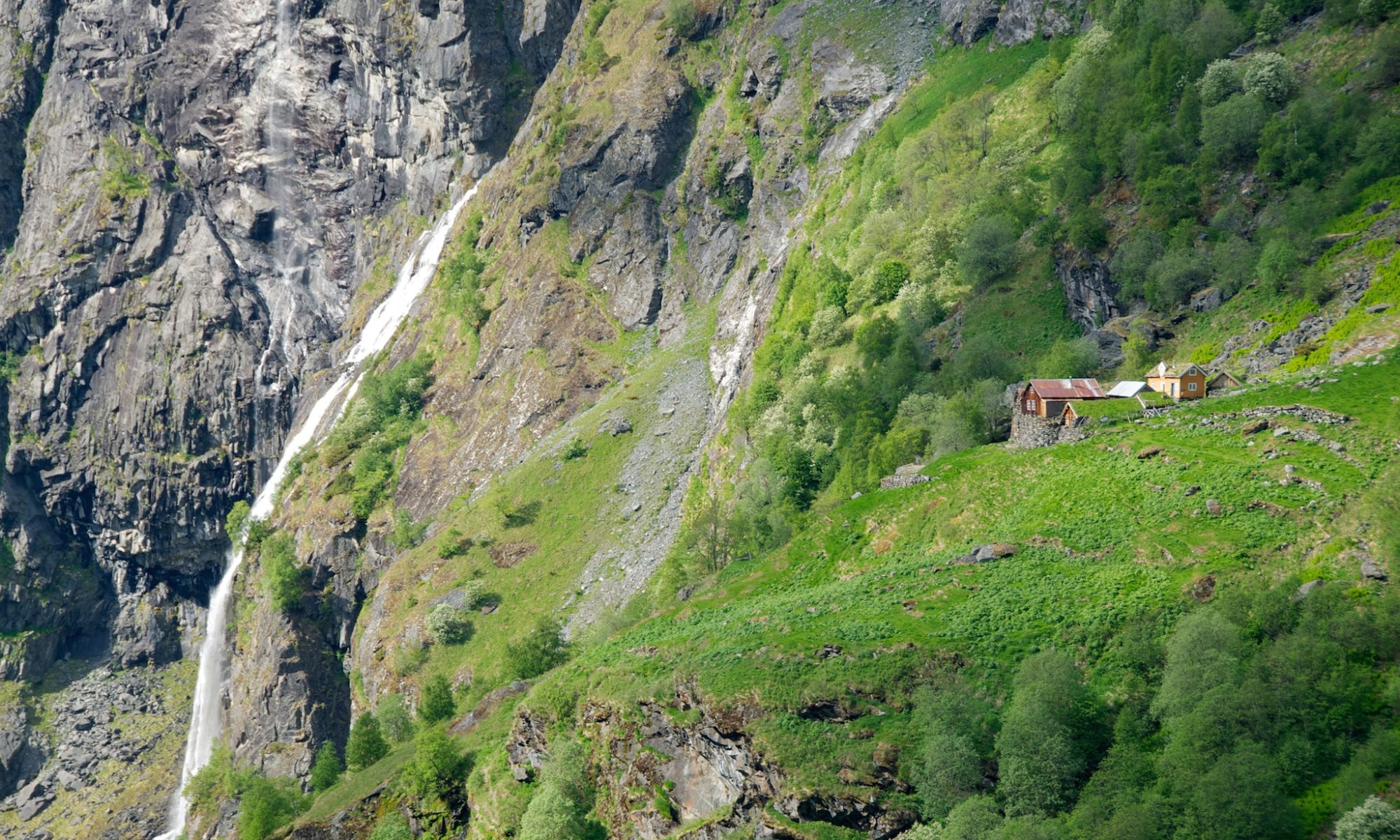 The Aurlandsdalen Valley is wild and beautiful. It is situated in the  Flåm and Aurland area in the Sognefjord, and is one of Norway´s most popular hiking destinations. 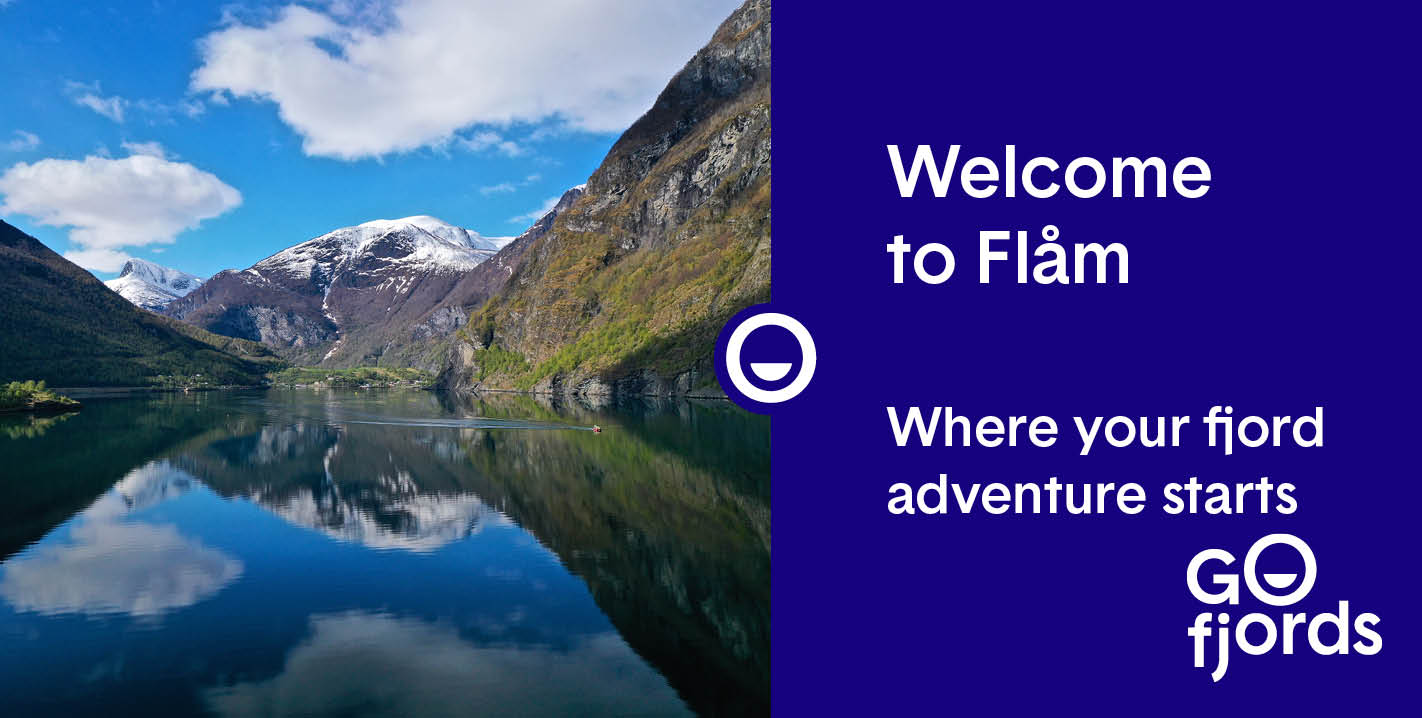 Many people combine this hike with biking along the Rallarvegen (the old Navvies Road), that is an excellent option if you have the time. This story is from the lowest part of the Aurlandsdalen Valley, a 20 kilometer long hike starting at Østerbø and ending at Vassbygdi in Aurland.

Østerbø – the start of the hike

Note! Most of the pictures are from a later trip than the one described in this article (on this hike I walked the lower part of the Aurlandsdalen Valley with an old friend).

We arrived at Østerbø Mountain Lodge (815 masl) at the top of the Aurlandsdalen Valley in Sogn. It was mid day. We packed our rucksacks and started to walk down the valley 15 minutes later. The day was beautiful with the sun shining from a clear blue sky. We soon arrived at Nesbø farm close to Lake Nesbøvatnet. This farm was deserted around 100 years ago but has since been restored by the new owner. It is a beautiful farm built around 1664. Most of the farms in the Aurlandsdalen Valley were abandoned between 1875 and 1907 and many emigrated to America to become farmers and start a new life over there.

Soon the path splits into two and we chose Bjørnestigen which is a steep rise to more than 1000 meters above sea level. The other path continues along the river until the two paths again meet close to Vetlahelvete (Small Hell), the biggest glacial pothole in the valley. We were recommended to walk Bjørnestigen but it was pretty steep down towards Vetlahelvete. Luckily the path was dry and a cable had been installed at the difficult parts.

The path continues through a fantastic landscape towards Sinjarheim Mountain Farm, which was the last farm to be abandoned in 1922 but it was used as a mountain farm until 1964. We passed a wild, tumbling river before arriving Sinjarheim. The farm consists of seven buildings, including a drying house for corn, and has through the last few years been restored to its former state. So now, once again, there is farming in the summer and the students from Sogn Agricultural School in Aurland use it as a practical teaching station.

From Sinjarheim the path is steep down towards Almen Mountain Farm, the last farm in Aurlandsdalen before Vassbygdi. The house is well protected under a big rock, which is why, perhaps, it’s so well maintained. They say the people who lived there always talked very loudly, this to drown the noise from the river. Soon we were down at Vassbygdi (50 meters above sea level), and we chose to stop here because our next goal was Gudvangen and kayaking on the Nærøyfjord.

We used almost five hours on this walk but recommend to use the whole day so you can enjoy and absorb more of this beautiful valley.

The Nærøyfjord and Aurlandsfjord Area – What to See and Do

The Nærøyfjord is one of the worlds most beautiful and dramatic fjords. It is included in UNESCO´s World Heritage List. Join a Fjord Safari, a Fjord Cruise or experience the fjord in a kayak. See the view from Stegastein Viewpoint or taste the local Goat Cheese in Undredal by the Aurlandsfjord. The Nærøyfjord and Aurlandsfjord are part of the 204 kilometer long Sognefjord which is located in the northern part of the county of Vestland, in the middle of Western Norway.