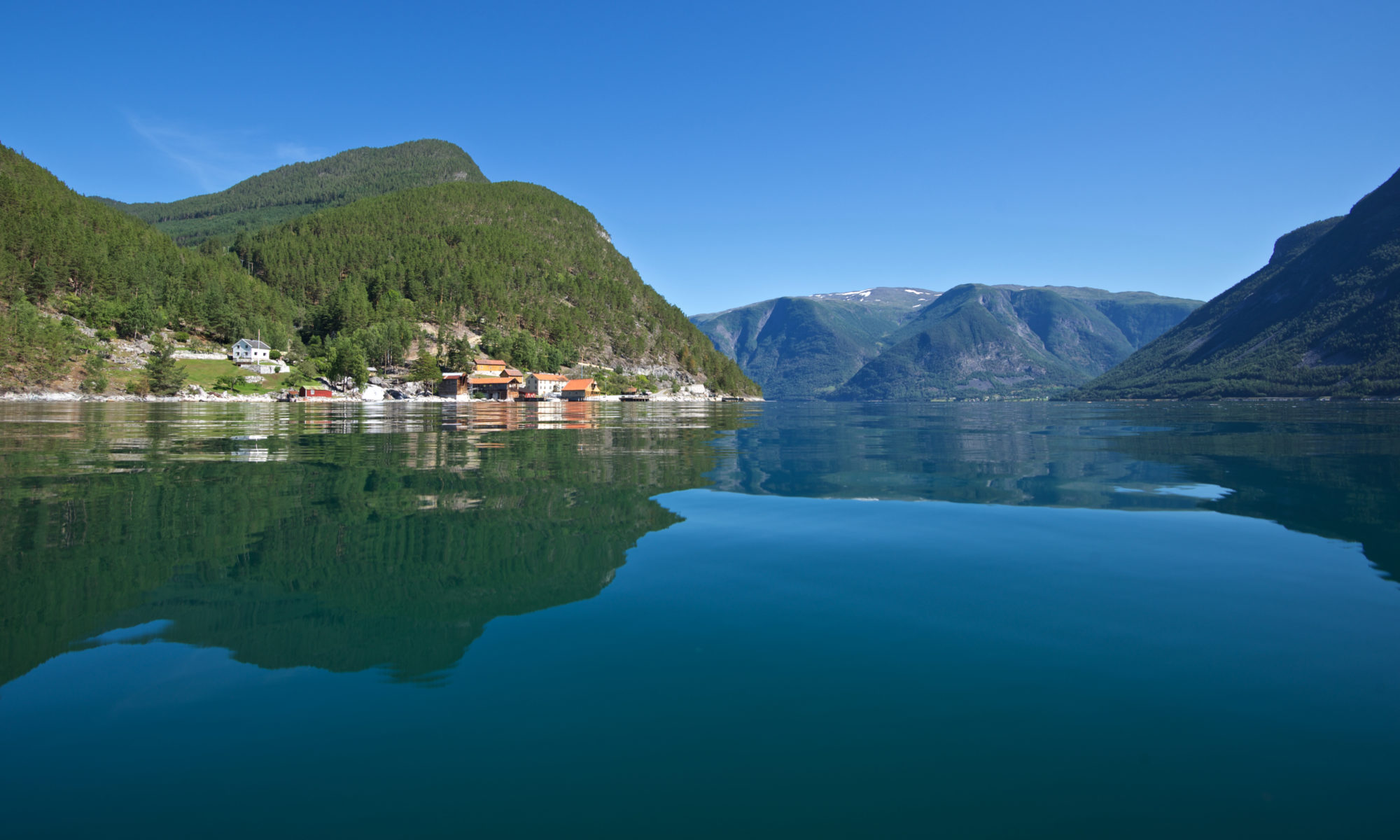 Small idyllic fjord villages are located along the Årdalsfjord, squeezed between steep mountains, waterfalls, rivers and the fjord. The abandoned fjord village Indre Ofredal is one of these villages.

Around the middle of the 19th century, a sawmill, mill, boathouse, kitchen-building and forge were built at Indre Ofredal. The old sawmill at Indre Ofredal is part of the history of Norway as an industry nation.

Visit Sognefjord is the official destination company for the Årdalsfjord and Sognefjord area.

The Årdalsfjord is the part of the Sognefjord that runs between the outer part of the Lustrafjord and the industrial town of Årdalstangen. The surrounding nature has facilitated amounts of cheap hydroelectric energy which in turn has facilitated industry in this area. The industrial towns Årdalstangen and Øvre Årdal are the result of this. But it was in Indre Ofredal it all started.

People have lived in Indre Ofredal since the middle of the 17th century. From the middle of the 19th century until the Second World War, Indre Ofredal was an important center for trade and business in the whole of Indre Sogn. In this “industrial area” there was production, unloading and loading of raw materials and finished products. The pine forest in Indre Ofredal has very good quality, and together with ordinary agriculture and fruit growing, this was the way of life for people in Indre and Ytre Ofredal.

Indre Ofredal today – Restoration and recreation by the fjord

After many years of decay, the association Ne fø´ Sjøen has now restored many of the houses at Indre Ofredal. They have a small cafeteria and offer accommodation in the old restored Boat House down by the fjord. Serving  simple lunch menu, freshly baked Norwegian waffles, refreshments and soft drinks. Open during summer.

If you like to fish, Indre Ofredal is the perfect place. There is a large pier beside the boat house from where it is perfect for fishing in the fjord.

The dramatic nature around Indre Ofredal attracts guests who seek adventures all year round. Vettisfossen Waterfall, Utladalen Valley, the Jotunheimen Mountains and the Årdalsfjord and the surrounding dramatic mountains are great areas for activities such as hiking and mountaineering.

Other small idyllic fjord villages like Naddvik and Seim are also well worth visiting. You can reach these villages by car.

The 2200 meter long Ofredalstunnelen Tunnel between Seim and Indre Ofredal is famous for being the the world’s steepest tunnel. But the tunnel that opened in 1992 was not meant to be as steep as it became. Due to poor map data, the tunnel was made halfway with the wrong incline. This led to the last half having to be made very steep, at a 15.5% incline, to end in the right place in Indre Ofredal.