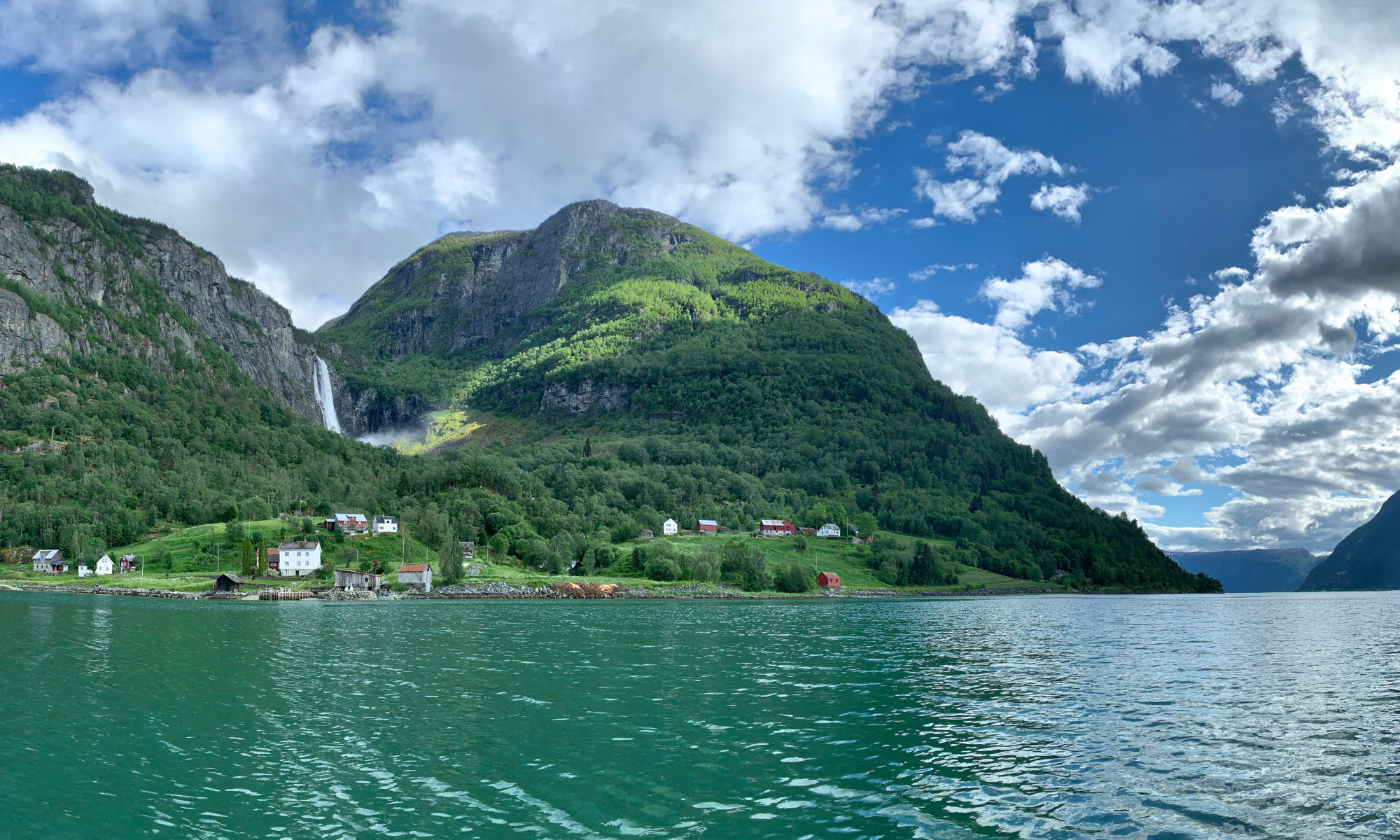 The Lustrafjord is the innermost branch of the 204 kilometer long Sognefjord which is the King of the Fjords. The Lustrafjord and the Luster area is one of the most beautiful spots in Norway, where the fjord meets the top of Norway with it´s numerous mountains and glaciers.

Season and Safety - Kayaking on the fjords

SEASON - Many of the activities and attractions mentioned on this website are open only in summer and are closed in winter. This also applies to many of the roads and accommodations mentioned. Season and opening time will vary. It depends on where it is and what activity, attraction, road and accommodation it is, it usually opens in the summer and closes in the autumn, depending on i.a. the amount of snow and the risk of avalanches in the area.

SAFETY - Important Safety Information about kayaking in the fjords: For safety reasons, it is recommended to join a guided kayak trip if you are going to paddle on the fjords in Norway. The fjords can be exposed to strong winds and currents, and the weather can change rapidly even if nice weather and no winds are reported. There are steep mountain sides and cliffs in many parts of the fjords, this can make it difficult to enter land if weather gets bad or if an accident happens. It is recommended to avoid kayaking in thunderstorms and when there is wind and waves and bad weather conditions!

Watch out for and keep good distance to boats, ferries and cruise ships when kayaking on the fjords. Also remember to frequently look behind you. Some of the fjords are heavily trafficed with boats and ships.

It is recommended to keep a safe distance to steep mountain sides and cliffs where there is a risk of rockfall, landslides and avalanches. The guide companies in the different fjords usually have local knowledge about where to keep distance to land with regard to rockfall etc.

Read more about season, important safety information and your own responsibility when kayaking and when exploring Norway…

Visit Sognefjord is the official destination company for the Lustrafjord and Sognefjord area.

SEASON: Summer. Check with the guiding company when they offer guiding.

Driving from Oslo to the Fjords

We drove from Oslo in a car stuffed with kayaks and equipment, and our goal for the day was Skjolden at the innermost part of the Lustrafjord. This was the starting point of this summers kayak adventure. The last part of the drive that day was along the fjord we should paddle the next days, and we could feel the joy when driving in this beautiful scenery.

Kayaking out the fjord from Skjolden

It was almost midday before we glided into the Lustrafjord in our kayaks. It was partly cloudy, and the fjord was calm. We headed over to the western side of the fjord, and continued paddling on this side for a long distance. It was a beautiful day, but the weather got even better and the fjord calmer as we paddled along. It took some time, we had to immortalize the beautiful scenery in both pictures and film.

Just before the small village Luster the fjord became wider, and we decided to cross the fjord here. We continued along the eastern side of the fjord, this is the part of the fjord where small wooden houses and farms are beautifully situated by the fjord. I would love to live in a small cozy house, just like this.

In the middle of the fjord, it was around one kilometer wide at this point, I passed a humble bee that was floating on the water. After a few seconds I thought it probably needed a helping hand, and decided to turn around to try to help it out of the water. I managed to pick it up with my paddle-oar, and placed it on the front of my kayak. It stayed on my kayak for almost ten minutes. Then it started to move the wings slowly before it vibrated the wings as it was drying itself. Suddently it “took off” and flew away. We were much closer to the shore now, I hope it made it to safe ground.

Towards Feigumfossen Waterfall and Kroken

We continued on the east side of the fjord and arrived Feigum and Feigumfossen Waterfall with a vertical drop of 229 meters. You can hike to a viewpoint where you can see the waterfall cascades into the the Feigeelva River. The hike is easy, it takes an hour and the trail is well marked. We decided to just look at the waterfall from the kayak this day, it was a beautiful sight as we glided quietly past it.

We passed another beautiful village before we found a place to sleep for the night. It was by a boat house on the headland just before Kroken. We slept in open air, with a great view to the fjord and towards Mt Molden on the other side of the Lustrafjord.

Next Day – Kayaking to Urnes and Urnes Stave Church

We continued the next day and rounded the headland towards Kroken. It was a beautiful day, no wind, and the fjord was calm. A great day for kayaking. We passed Kroken and continued towards Urnes. It took some time, and after a few hours on the fjord we reached Urnes. The kayaks were left by some boat houses before we walked along the road uphill towards the UNESCO-Protected Urnes Stave Church.

Urnes Stave Church is the oldest of the remaining Stave Churches in Norway, and is one of four UNESCO World Heritage Sites in Western Norway. The Stave Church was built around year 1130. During summer you can join a guided “tour” outside and inside the church. There is also a small café at Urnes Gard close by where you can buy local made refreshments. It was a warm day, and we visited the café and drank some ice cold local made Raspberry Lemonade. It was the best lemonade I have ever tasted!

Crossing the fjord to Solvorn

It was late afternoon, and back in my kayak we decided to cross the fjord to Solvorn and to end our journey there. Solvorn is a beautiful village down by the Lustrafjord on the opposite side of Urnes. Here you have the oldest historical hotel in Norway, the beautiful Walaker Hotel.

Lustrafjord – What to See and Do

The Lustrafjord and Luster area is deemed to be one of the most beautiful spots in the country. It is where the fjords meet the top of Norway and the mountains and glaciers never end. There are many wonderful and exciting things to see and do there. The oldest historical hotel, the Walaker Hotel, is located here. Visit the world heritage protected Urnes Stave Church and see the mighty Feigumfossen waterfall that reveals itself in the spring. The hike to Mt Molden gives you a fantastic view both inwards and outwards the Lustrafjord. Nigardsbreen glacier in Jostedal and Austerdalsbreen glacier at Veitastrond are two of the most beautiful and most easily accessible glaciers in Norway. Mørkridsdalen and Fortunsdalen are two classic areas for mountain hikes near Skjolden, which is located in the innermost part of the Lustrafjord. Drive Sognefjellet National Tourist Route. Along the road is Turtagrø Hotel where you will get information and guide to Hurrungane which is one of Norway’s wildest mountain areas. Stay at Skjolden Hotel, a great hotel with short-travelled food and beer. The Lustrafjord is a branch of the 204 kilometer long Sognefjord.