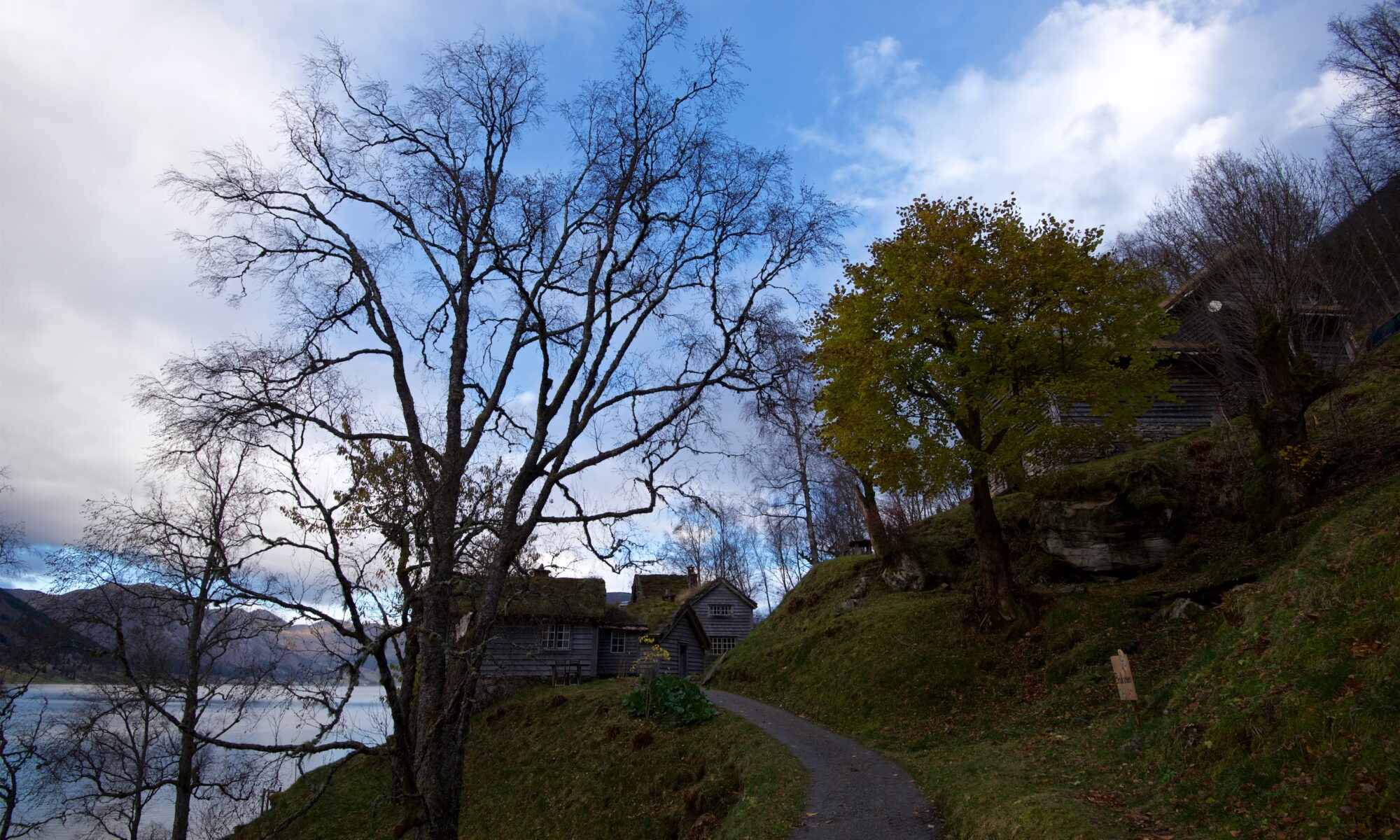 Nikolai Astrup is one of Norway’s most famous painters and graphic artists, and together with Edvard Munch he was an innovator in graphics in Norway at the time they lived.

The nature in Jølster, where Nikolai Astrup lived most of his life, was what inspired him the most. We can see it on many of his paintings, most of his motifs are from Jølster.

The Fjord Coast and Sunnfjord

The childhood of Nikolai Astrup

Nikolai Astrup was born in Bremanger in 1880, but grew up in Jølster where his father was parish priest from 1883 to 1916. Nikolai grew up on the rectory in Ålhus in Jølster, on the north side of Lake Jølstravatnet.

It was expected by his father and family that Nikolai would also become a priest since most of his ancestors had also been priests. He therefore started at Trondheim Cathedral School in 1895 with the intention of becoming a priest, but that was not for him.

Nikolai was the worst in the class and had a lot of absences. He was suffering from asthma, but it is suggested that most of his absence was not due to asthma but rather frequent visits to Trondhjem’s Art Association. There he got to see and study paintings by J.C. Dahl, Adolph Tiedemand, Hans Gude and Gerhard Munthe.

Nikolai Astrup decided already as a 14-year-old kid that he would become an artist. One of his most famous paintings is “Jonsokbål” (midsummer-night-fire) which depicts the beautiful nature and the local culture in Jølster. Nikolai Astrup’s father refused to let him go out on midsummer night because he thought it was a pagan custom. This can be seen in his pictures with midsummer night as a motif.

The nature in Jølster, where Nikolai Astrup lived, was what inspired him the most. It is shown on his paintings, most of his motifs are from Jølster. Nikolai Astrup and his family bought the property located on Sandalstrand on the south side of Lake Jølstravatnet in 1914. They built what was to become their home there, later known as Astruptunet. Nikolai Astrup’s atelier was also situated there.

In 1928 Nikolai Astrup died. His wife lived at Astruptunet until her death in 1966. In 1965 she sold Astruptunet with all its contents, the workshop and the equipment that belonged to Nikolai Astrup to Jølster Municipality which is now part of Sunnfjord Municipality. Astruptunet is open for guided tours and the season is from the end of May to the beginning of September.

A drive along Lake Jølstravatnet

The video is from a drive eastwards along Lake Jølstravatnet, from Astruptunet to the north side of Kjøsnesfjorden. The surroundings that you see during the drive are the same surroundings that inspired Nikolai Astrup to some of his most famous works.

The Fjord Coast and Sunnfjord – What to see and do

Sunnfjord is situated between the Sognefjord and Nordfjord, and is a great area for nature experiences, culture and activities in beautiful and wild nature. Some of the things you can do in Sunnfjord are glacier-hikes, Alpine Ski-touring and Ski Centres, mountain hikes, biking, kayaking and trout fishing on Lake Jølstravatnet and island hopping on the western coast. Lake Jølstravatnet is the lifeblood of the 12 villages that are idyllically located down by the lake in Jølster. There is a short way to the diversity of what you can see and do in the area around Lake Jølstravatnet and Kjøsnesfjorden. Astruptunet in Jølster, with all its contents, the workshop and the equipment that belonged to the painter Nikolai Astrup, is open for guided tours during summer. The road over Gaularfjellet takes the traveller into the waterfalls from the mighty Sognefjord. The 130 kilometer long drive is exciting and varied and is one of ten National Tourist Routes in western Norway. The new viewpoint at Utsikten at the top of Gaularfjellet is one of many great viewpoints along this road which goes between Balestrand in Sogn and Moskog and Sande in Sunnfjord. The road is closed during winter. Farthest west is the city of Florø with its many islands. One of the islands is Kinn with Kinn Church, a stone church from the 12th century. There is the annual Kinnaspelet which tells the story of Princess Sunniva from Ireland who escaped from the Viking King Ramn who wanted her as his queen. Førde and Florø are cities and municipal centers in Sunnfjord which stretches from the Jostedalsbreen Glacier in the east to the coast and the archipelago in the west.

Eat and drink in Jølster