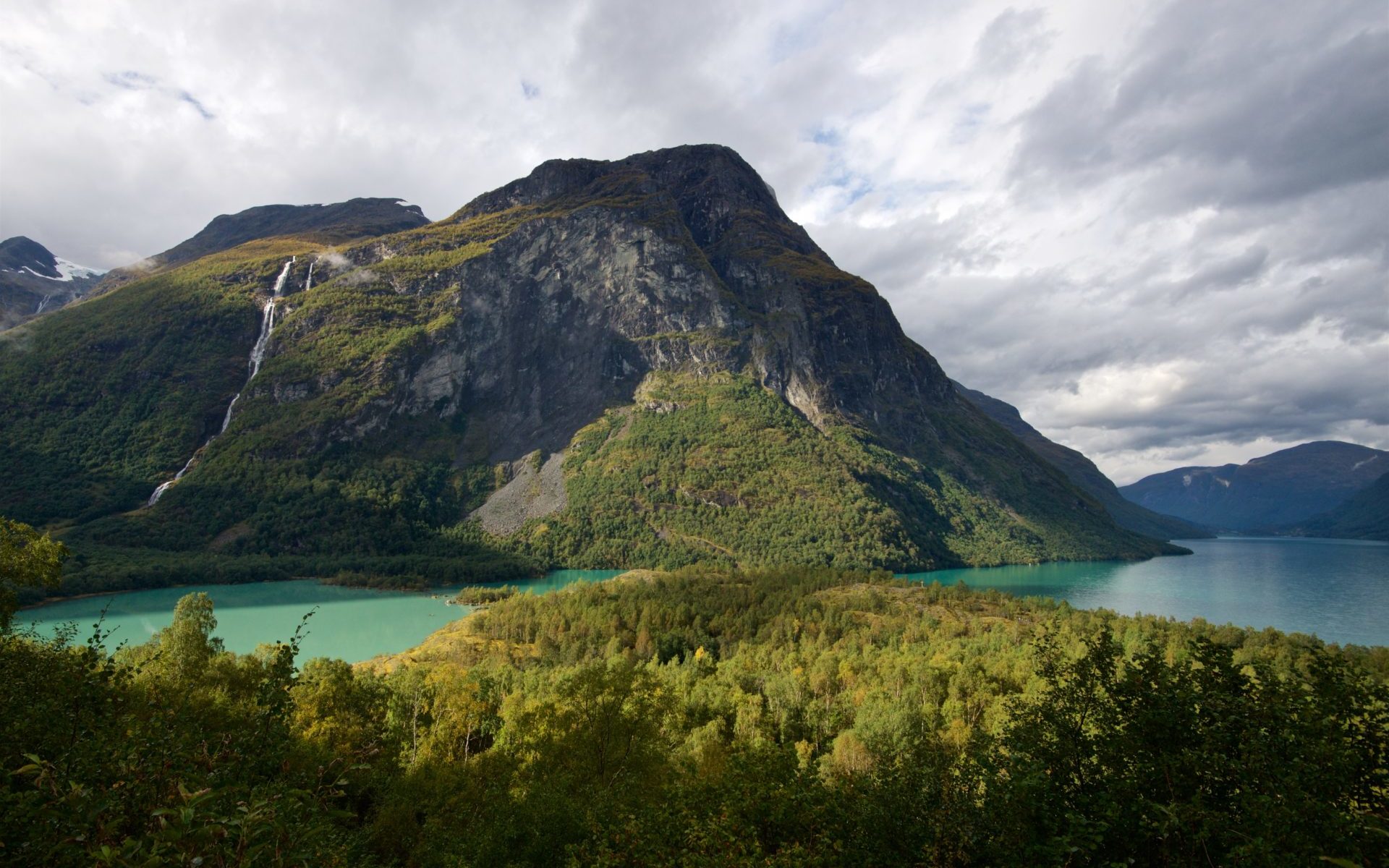 At the beginning of the 20th century the two farming settlements Bødal and Nesdal near the southern end of the 11.7 kilometer long Lake Lovatnet were flourishing places with good conditions for farming.

Tourists were coming to the area in increasing numbers and were transported with the tourist boat “Lodalen” over the lake on their way to the Kjenndalsbreen Glacier.

But near Bødal and Nesdal was also the mountain Ramnefjellet, 1493 meters high, from which a number of rockfalls had started to take place every year. Especially during 1904 the number of these rockfalls were increasing.

The nature had started to give its warnings of what was to come. But life went on as normal, and people had other things to think about. Would there be a war against Sweden? This was around the time when the state union with Sweden was about to be dissolved and Norway would be a totally independent state.

Near midnight on the 15. of January 1905 the population in Bødal and Nesdal heard two gigantic bangs. A large piece of Ramnefjellet with the size around 50000 cubic meters had fallen down from 500 meters height and pushed a large scree in front of it, with the consequence that around 350000 cubic meters of blocks, stones and gravel ended up in Lake Lovatnet.

This created waves which annihilated large parts of the buildings and life in Bødal and Nesdal. In Outer Nesdal only a horse was found alive. The waves, three in number as usual by such occurences, destroyed 60 houses, all the boat houses, 70-80 boats and furthermore 94 cows, 10 horses, 145 shep and 16 pigs were killed. 61 people lost their lives, half the population of Bødal and Nesdal together. Only ten were ever found.

The largest wave was 40.5 meters high, it spread in two directions and was noticeable long distance away. As far away as by the northern end of the lake a wave was measured to be almost six meters high, and destroyed a bridge.

The tourist boat «Lodalen» was thrown 300 meters inwards land by the last wave.

After the avalanche the surviving population came back to Bødal and Nesdal and rebuilt their farms and houses. This time, however, these were placed somewhat higher up.

The geologists were of the opinion that Ramnefjellet would not produce any more rock avalanches, at least not of any larger size, and that Lake Lovatnet now had been filled up to the extent that even a large rock avalanche would not create any big waves. Therefore, rebuilding on a somewhat higher level was considered to be safe.

As years went by, the settlements Bødal and Nesdal re-established themselves and flourished in many ways. The tourists soon came back. Also King Haakon VII of Norway, Emperor Wilhelm II of Germany and other royals visited Loen.

The mountain Ramnefjellet also was quiet and peaceful for many years. But in the 1930s people walking high up in Ramnefjellet had noticed that a fracture had developed, and that this fracture was widening out. In the late summer of 1936 almost daily rock falls occurred. Again the nature gave its signals.

Half past four in the morning on Sunday the 13. of September 1936 the population of Bødal and Nesdal heard a boom from the Ramnefjellet, which short time thereafter was followed by a thundering bang. One million cubic meters of rock fell down from 800 m height into Lake Lovatnet, pushing up the water and creating three waves; the highest a more than 74 meters high wave, which split in two directions, completely crushing all the farms in Bødal and much of the farms in Nesdal.

16 farms were totally eradicated along the lake, all together 100 houses destroyed, the same happened to bridges, a power station, a workshop, a sawmill, several grain mills, a restaurant and a schoolhouse. A steamboat and a motorboat were sunk. Almost all other boats around the lake were either sunk or crashed.

The waves influenced Lake Lovatnet all the way to the outlet. Four of the casualties lived along the lake far from Bødal and Nesdal; two of them even near the outlet, where a tsunami which created a wave 12.6 meters high occurred. Flood from the Loelva River created damage along the river.

74 people lost their lives, but only 33 of the these were ever found. 11 persons were severely injured. Sea Planes transported the injured to the hospital in Nordfjordeid.

The wreck of the tourist boat «Lodalen» was thrown further 150 meters inwards land. The soil was washed away from most of the areas struck by the waves.

After this accident geologists from the Geological Survey of Norway examined the mountain and found out that the rock avalanche had been caused by the combination of the fracture system that had been developed and water pressure in these fractures.

Later in 1936 more large rock avalanches took place, and in 1950 this happened again. Now the lake has been filled up and is so shallow near Ramnefjellet that no more large waves can develop.

4500 people were present at the funeral, which took place from the church in Loen. Among them was also HRH Crown Prince Olav.

Nine priests from the Church of Norway administered the funeral. The funeral was broadcasted by radio to the whole nation.

After the accident in 1936 the surviving population of Bødal and Nesdal did not return to their former home areas. Today there is some farming in Bødal and a smaller population. In Nesdal there is no permanent population.