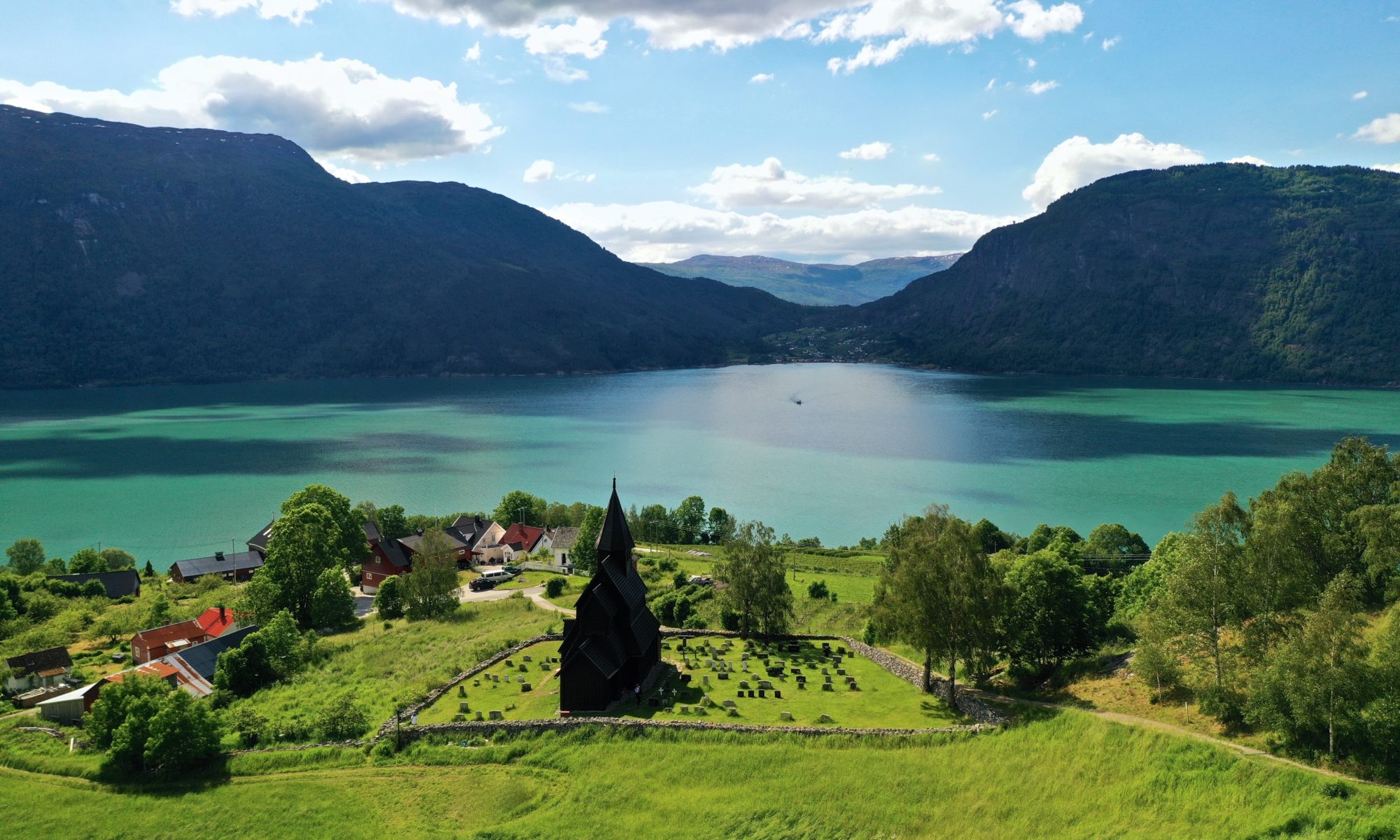 Built right after the Viking age – In the Middle Age there were probably more than 1000 Stave Churches in Norway. Today, there are only 28 left, nine of them are located in western Norway. 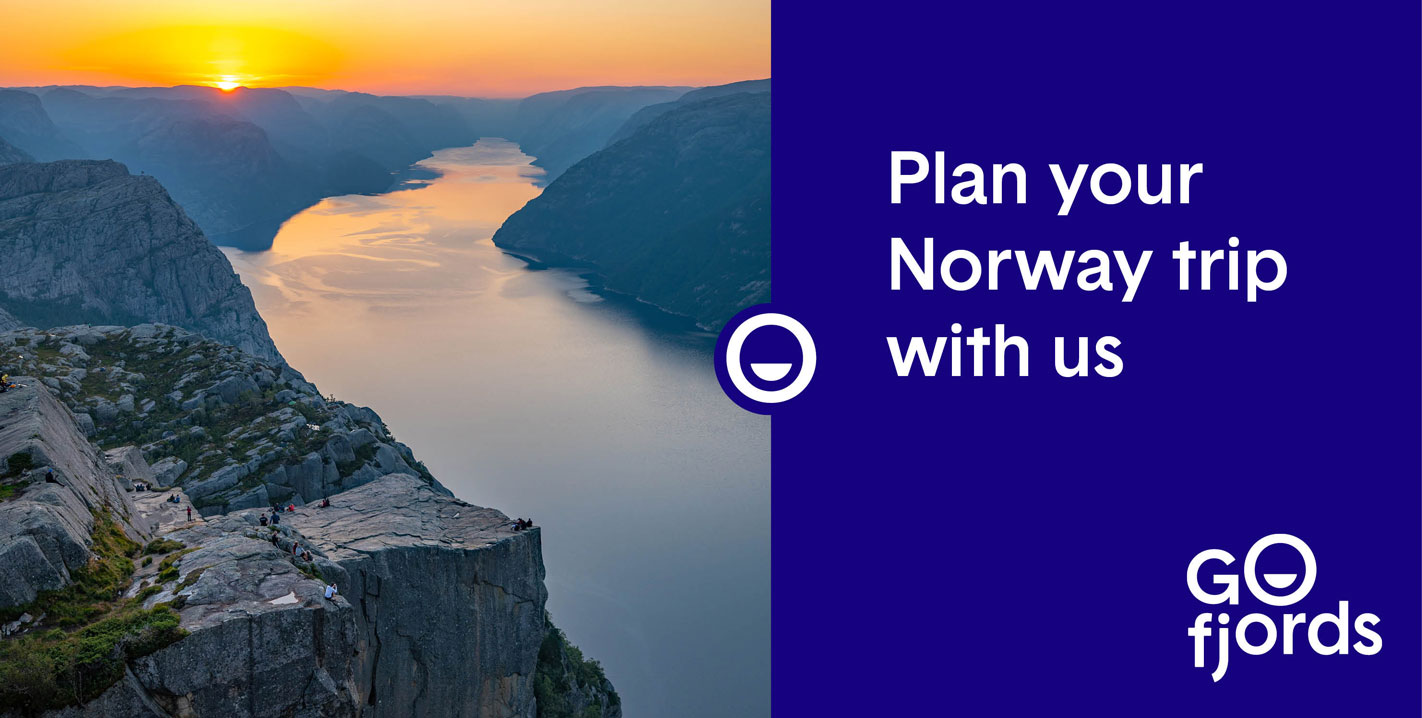 A Stave Church is a wooden church from the middle age. Most of the Norwegian Stave Churches were built right after the Viking Age around year 1100-1200. The name “Stave Church” comes from the construction of the buildings; large ground beams of wood are placed on a foundation of stone, then internal wooden pillars (staves) are interconnected and also connected to the outer walls.

Stave Churches in the Fjords

Here you will find information, pictures and videos of the Stave Churches in Western Norway. The oldest Stave Church was built at Urnes by the Lustrafjord around year 1130 and is part of our common UNESCO World Heritage. The newest one was built on the small island Grip in the Atlantic Ocean between year 1450 – 1500. Undredal Stave Church by the Aurlandsfjord is the smallest church in Norway.

Urnes Stave Church is the oldest of the remaining Stave Churches, and is one of four UNESCO World Heritage Sites in Western Norway. The church was built around year 1130, and is situated at Urnes by the Lustrafjord in Luster, Sogn og Fjordane. The Lustrafjord is a branch of the 204 kilometer long Sognefjord.

A nice way to explore Urnes Stave Church and the beautiful surroundings is to drive to Solvorn on the opposite side of the fjord and cross the Lustrafjord by ferry from Lustrabaatane to Urnes. From the ferry quay at Urnes, there is only a short walk uphill to the Stave Church. During summer you can join a guided “tour” outside and inside the church. There is also a small café close to the church where you can buy local made refreshments.

Borgund Stave Church was built around year 1181 at Borgund in Lærdal, Vestland. This is the most visited Stave Church in Norway, and with its charasteristic design it has often been used as a “model” when other Stave Churches has been restored or built. There is a visitor center and café near by where you can buy tickets and get information about the church.

Hove Steinkirke, built around year 1170, is one of the oldest Stone Churches in Norway and is also situated in Vik in Sogn. Both churches are open for visit during summer.

Kaupanger Stave Church has been in continous use since it was built around year 1140. It is one of the largest Stave Churches in Norway, and is built with wood from the forest around Kaupanger.

The church is situated on the hillside above the Kaupanger Bay by the Sognefjord, which originally is an old Viking trading town. The name Kaupanger origins from the two norse words “Kaup” (to buy) and “angr” (bay). Kaupanger Stave Church is open for visit during summer.

Undredal Stave Church in Undredal is Norways smallest church and had its 850-years celebration in 1997. The year 1147 is found in the carvings inside the church and is used as the official date of the building.

One of the nearby abandoned Mountain Farms, Nedbergo (530 meters above the Aurlandsfjord) had more sun than the farms down by the fjords, and the people living there were quite wealthy. They even had reserved the foremost benches in Undredal Stave Church, and every sunday they crossed the Aurlandsfjord towards Undredal to go to church. If they were delayed due to weather or other conditions, the others had to wait until those from Nedbergo arrived before the worship service could start.

A visit inside the stave church can be ordered via Visit Undredal. You should also taste the local made brown and white goat cheese that is made in Undredal, you can taste and buy the rewarded Cheese at Underdalsbui.

Rødven Stave Church is situated down by the beautiful Rødvenfjord in Rødven, a branch of the Romsdalsfjord. It is believed that it was built around year 1300, but has older wood-materials and is probably from between year 1100 and 1200. Rødven Stave Church is one of two Stave Churches that also have exterior wooden pillars to support and to stiffen the building structure.

During an archaeological excavation in 1962 – 1963, remains were found from an older Stave Church on the site. Later it was found remains from settlements and graves from the Iron Age and the Roman Age. Coins from the 1100s has also been found around the Stave Church.

In the Midde Age, Røldal Stave Church was one of the most important churches in Norway for pilgrims. Due to this, the church received large donations from the pilgrims, and the village of Røldal became quite prosperous.

Kværnes Stave Church is one of our biggest Stave Churches and can seat around 200 people. It is still in regular use, and is open for visit every day during summer.

Kvernes Stave Church is together with the newer Kvernes Church (1893 AD) beautifully located with great view to the Kvernesfjord and Freifjord on the Atlantic Coast in Møre og Romsdal.

From Kværnes Stave Church, there is only a short drive to the Atlantic Road which is one of 18 National Touris Routes in Norway, and also voted as the construction of the twentieth century.

To visit Grip Stave Church, you need to go by boat. The Stave Church is believed to be built around year 1300, and is located on Grip Island on the Atlantic Coast, 14 kilometer north west of Kristiansund in Møre og Romsdal. The Stave Church is placed on the highest point in the middle of the island, and it is protected from the storms by the surrounding houses.

The altarpiece was donated by Princess Elisabeth of the Netherlands after being rescued by Norwegian sailors during a violent storm in 1515.

Grip Stave Church is one of Norways smallest churches, and is open for visit every day during summer. A round trip by boat from the pier in Kristiansund to Grip can be done twice a day from early June until late August.  This roundtrip, including boat trip and guiding on the island, takes approximately 3.5 hours.