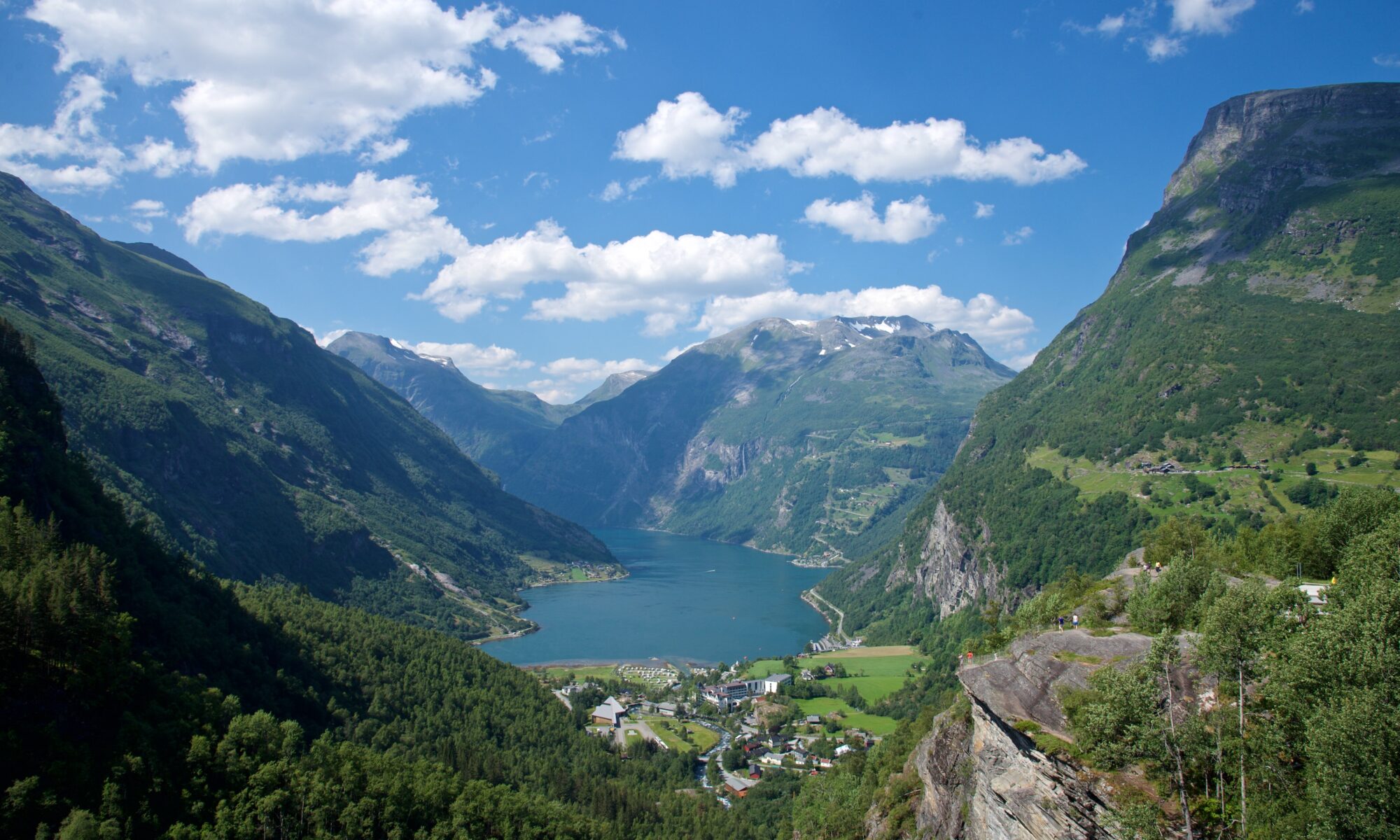 On July 14th 2005, the Western Norwegian Fjords represented by the Geirangerfjord, the Nærøyfjord and the Aurlandsfjord with surrounding country, were included in Unesco’s World Heritage list.

The landscape, considered to be among the most scenically outstanding fjord areas on the planet, was inscribed in the list due to it’s unique natural quality and beauty. Norway has a total of 8 areas in Unesco’s World Heritage List.

Unesco’s World Heritage Committee explains the enrollment of the West Norwegian Fjords i.a. by the classic, well developed fjords considered to be type locality (geologi) for the worlds fjord landscape. The area is believed to be among the most beautiful and scenic fjord landscapes in the world. The depth varies between 10 and 500 meters and the surrounding mountains are up to more than 1400 meters high. The 204 kilometer long Sognefjord, which the Nærøyfjord and Aurlandsfjord is a part of, is actually more than 1300 meter deep at the deepest.

Numerous wild and beautiful waterfalls and rivers characterize the landscape, crossing the rugged mountains and deciduous and coniferous forests on their way down to the fjords. Beautiful villages with a sustained cultivated landscape with remainders of old farms and mountain pastures and unique cultural monuments gives a extra dimension to the dramatic natural landscape. A heritage with a importance so high that we are obliged to look after this treasure for the future generations.

The Geirangerfjord is like a fairytale. It is unique and exceptionally beautiful. And the fjord is included on UNESCO’s World Heritage List.

You should take a Fjord Cruise or join a Fjord Safari, experience the great view points or hike to Skageflå, one of many abandoned mountain farms above the fjord. Join a guided Kayak Trip on the Geirangerfjord, and see the waterfalls from up close.

Stay at Hotel Union and enjoy your Spa experience at Union Bath & Spa among one of the most beautiful landscapes on earth. The hotel is only one minut walk away from The Norwegian Fjord Centre which is an Information Centre about the Geirangerfjord World Heritage Site.

The Geirangerfjord is located in the southwestern part of the county of Møre og Romsdal, north in Western Norway.

The Nærøyfjord and Aurlandsfjord

The Nærøyfjordand Aurlandsfjord are two of the worlds most beautiful and dramatic fjords. The name Nærøyfjord origin from the norse god ‘Njord’, the God of the Seafarer and the sea.

The Nærøyfjord start at Mt Beitelen, which devides the Aurlandsfjord and Nærøyfjord, and ends at Gudvangen. By the Nærøyfjord, we have the small villages Gudvangen, Bakka, Styvi and Dyrdal. Dyrdal and Styvi are the only places without permanent inhabitants during the winter, and is without road connection.

On July 14th 2005, the Nærøyfjord and Aurlandsfjord and the surrounding area was inscribed on UNESCO’s World Heritage List together with the Geirangerfjord. Read UNESCO’s own characterization of the Fjord heritage.

There are also two other World Heritage Sites in Western Norway;
Bryggen (The Hanseatic Wharf) in Bergen and Urnes Stave Church at Urnes by the Lustrafjord.

Bryggen in Bergen has since 1979 been on UNESCO´s list over World Cultural Heritage Sites. Bryggen is a series of wooden houses along Bergen Harbour, originating from the Hanseatic (German) activities in Bergen from around year 1350. There has been several fires during the years, and the oldest remaining building is reckoned to be from around year 1702. The buildings were taken over by Norwegians in year 1754.

Urnes Stave Church is the oldest of a total of 28 remaining Stave Churches in Norway. The church was built around year 1130, and is situated at Urnes by the Lustrafjord in Luster. The Lustrafjord is a branch of the 204 kilometer long Sognefjord. A nice way to explore Urnes Stave Church and the beautiful surroundings is to drive to Solvorn on the other side of the fjord and cross the Lustrafjord by ferry from Lustrabaatane to Urnes. From the ferry quay, there is only a short walk uphill to the church. During summer you can join a guided “tour” outside and inside the church.